Spelljammer is back! After years as a niche sub-subculture of D&D, it now has an official release.

Spelljammer, even more than most settings, really benefits from having models to represent the action, and from having those models move up and down. Having a 3-D space full of floating objects that characters can jump on, shove, and strategically interact with is a great gameplay experience: That in-game picture was from before I discovered a better system of supporting floating or flying builds. Place technic wheels sideways, put a technic axle or a long rod in the center, and use that to elevate and support creatures, terrain, or small ships or mounts. If you build them right, you can also slide them up and down the axle. 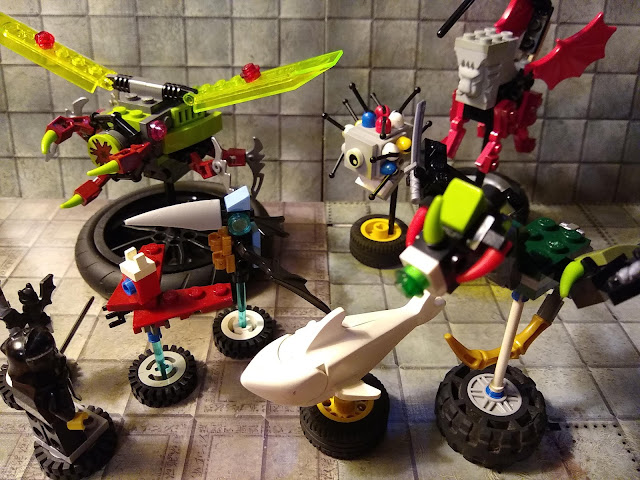 It is rather easy to make a Lego version of one of the official hulls like a Hammerhead or Squid ship, if you focus on the deck plan rather than trying to build a 3-D model. Just slap plates together in the right configuration, and add a few railings. It is also easy to turn a Lego boat hull into something that fits into the setting.

But sometimes it is most convenient to just buy something and follow instructions. Here's my guide for what sets are great for a Spelljammer game, with no or minimal modifications. Most of them are out of production, so I'm focusing on things that will be relatively cheap on Bricklink. This means no Pirates sets, although I do recommend downloading instructions for things like the 2015 Treasure Island and making the terrain using pieces from your collection.

The most Spelljammer set Lego has ever released is Sky Shark: 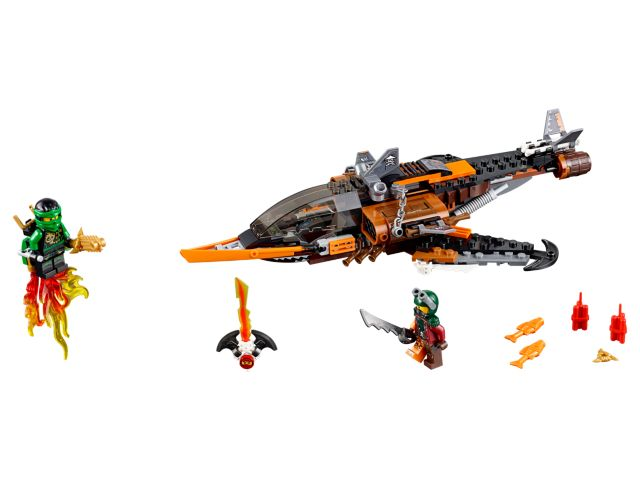 The aesthetic of this is perfect. This 'airplane' is absurd under real-world physics (anchors on the tips of the wings?! Big bones as structural elements!?) but it works just fine as a small ship under Spelljammer physics. I recommend taking off the windshield and adjusting the cockpit so it is a deck that several people can stand in.

Another great set is Raid Zeppelin: 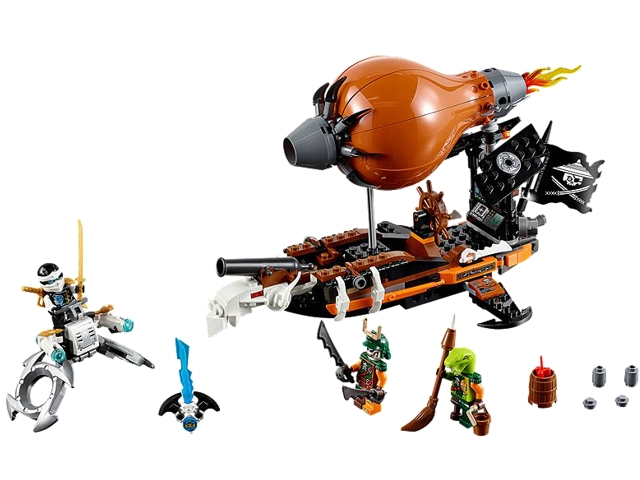 I had seven balloon pieces from a bulk brick lot, so I downloaded the instructions for this one and made a variant.
Other sets in the Skybound line are also worth checking out. I've made several floating island terrain pieces based on the one in Tiger Widow Island, and they have been useful in a lot of games.
Actual Pirates sets are very expensive on the secondary market, but the 2020 Creator 3-in-1 Pirate Ship is reasonable. If you want a setting that is less fantastical and more historical-looking, the people and elements and builds in this one will be a good foundation for your campaign. I'd actually recommend using it for the secondary builds, and giving the characters a smaller boat, especially at lower levels. 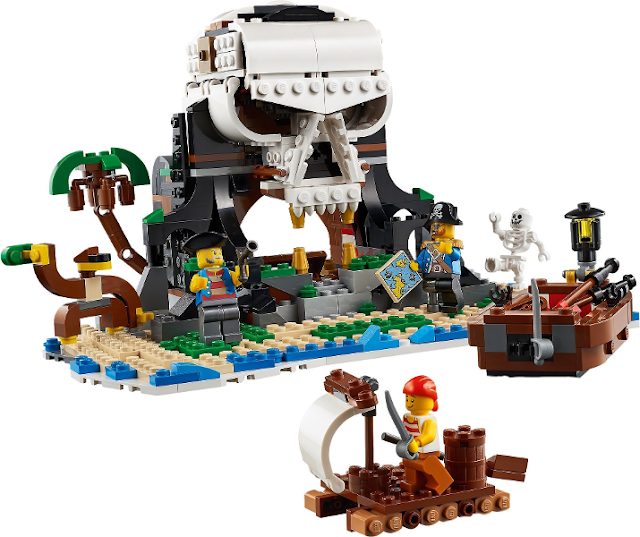 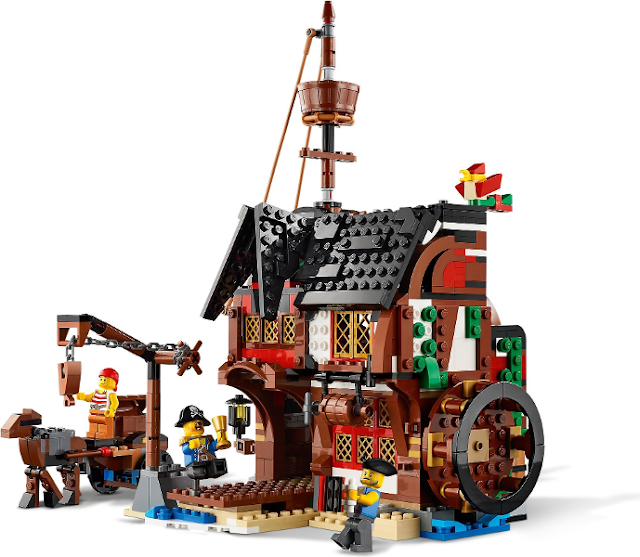 Moving back into fantasy, we have Aira's Airship and Naida's Ship. I really like their aesthetic of elegant magitech: 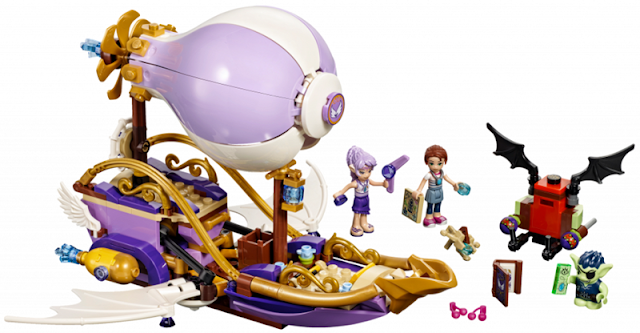 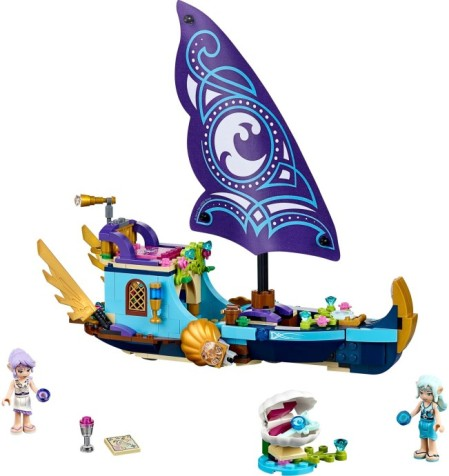 It may or may not feel like Spelljammer to you, but Catamaran Sea Battle is surprisingly cheap on Bricklink. Most official Spelljammer art does not have anything Polynesian-looking, but to me it feels like it should belong in the setting.
Every space adventure needs some space monsters, and this thing from the Galaxy Squad sets has led to many good encounters. It is always good to have Lego monsters that can hold a mini in their mouth, and then swallow that mini. Just take the controls out of the cockpit and make a couple cosmetic changes to make it look more like a bug and less like a machine: 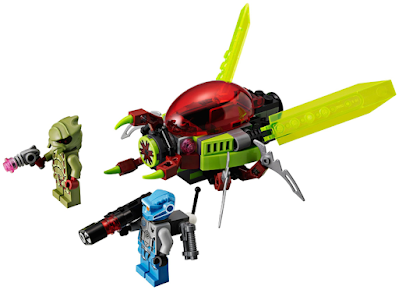