[Edit: lots of link rot as stores disappear or change their pages, and I am having trouble finding other stores selling the items. I think the Series 4 minis may have been a limited production run that basically sold out. I have removed the dead links.]

Over the past few years, there has been a lot of innovation among the Chinese brick manufacturers. Several of them have moved past making copies and started to make their own designs based on Chinese history and mythology. 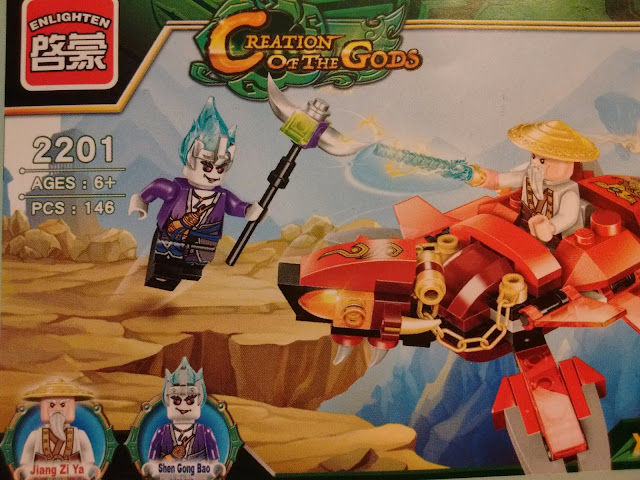 These are obviously (English translations of things) intended to appeal to the domestic market; Chinese parents and children want to buy something from their own culture. Lego has never done anything from Chinese history, so these sets and minifigs make a great addition to my collection. A couple months ago, I went on Aliexpress and ordered some of them.

The best value of my order was Enlighten Series 4 minifigs: a set of eight stock characters from Chinese historical stories, each with a small build. I highly recommend these, and will be getting more of the series, even the ones that have a couple of non-fantasy figures mixed in. 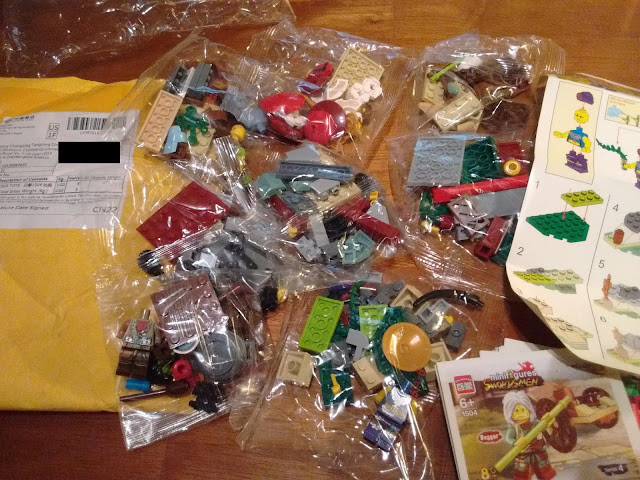 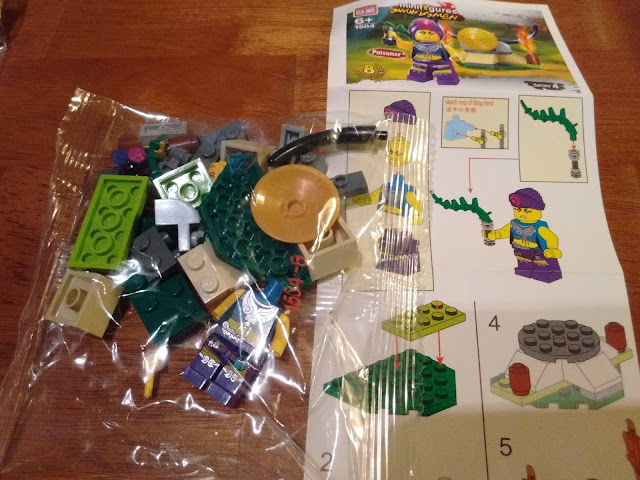 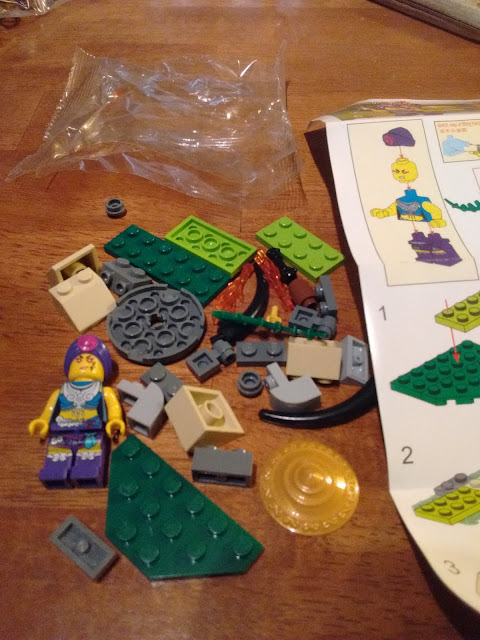 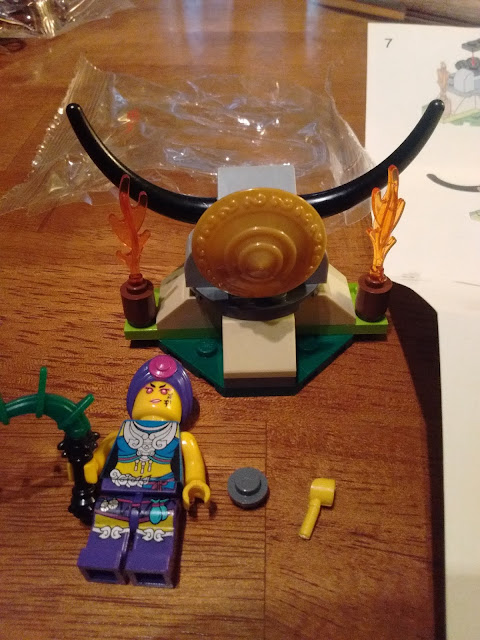 These sets were interestingly nostalgic. They reminded me of the little Castle sets from my childhood with one person and a little build: 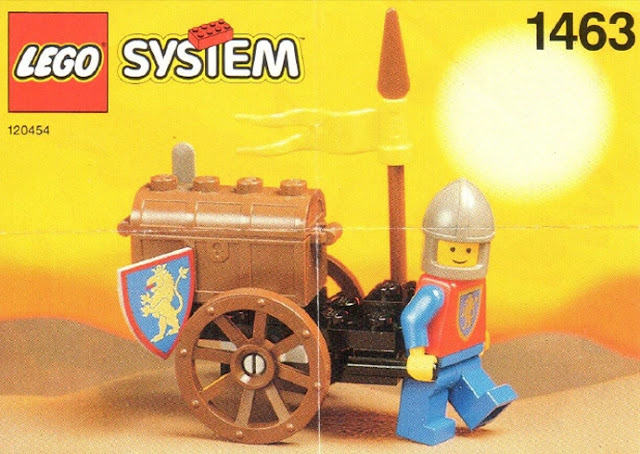 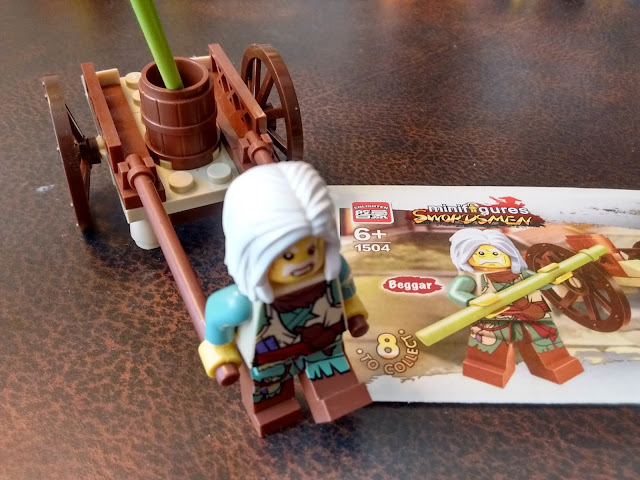 This makes sense. The richer parts of China today have average family incomes similar to what Americans and Europeans had in the 80's, so the kinds of toys the children or their parents can afford to buy would be similar. Toy stores sell these Enlighten figures separately in boxes; one of them would be a good random treat for a child.

The Ghost Tribes character set was similar, although the quality was not as good. The clutch and tolerances were a bit worse, and one of them was missing an important part. They were also more of a generic fantasy collection instead of being Chinese-looking. I might still recommend them to people who are just starting out and want to build up a basic supply of minifigs, unless Lego starts making historical sets again. 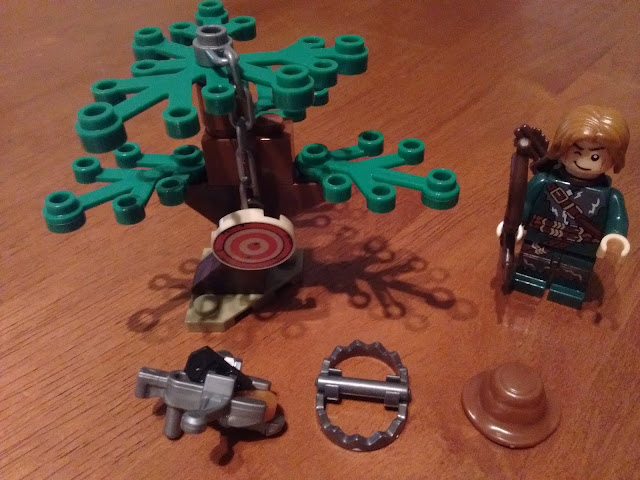 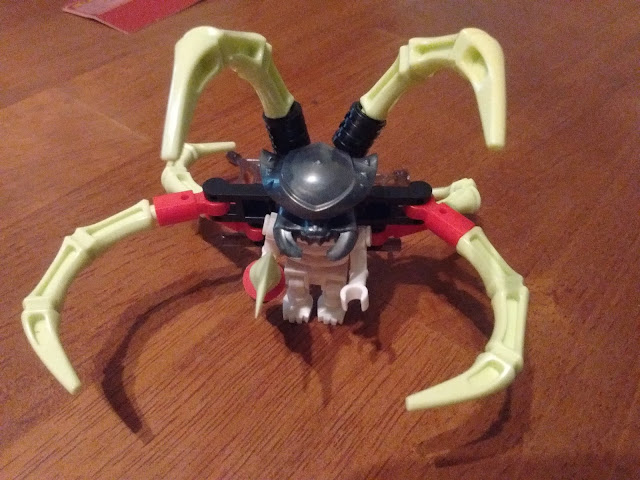 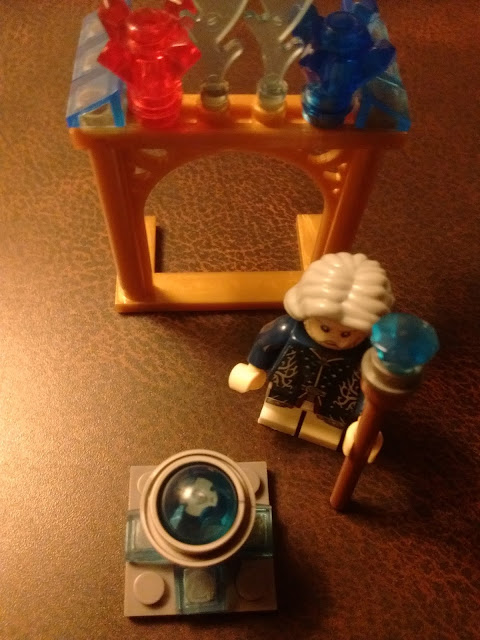 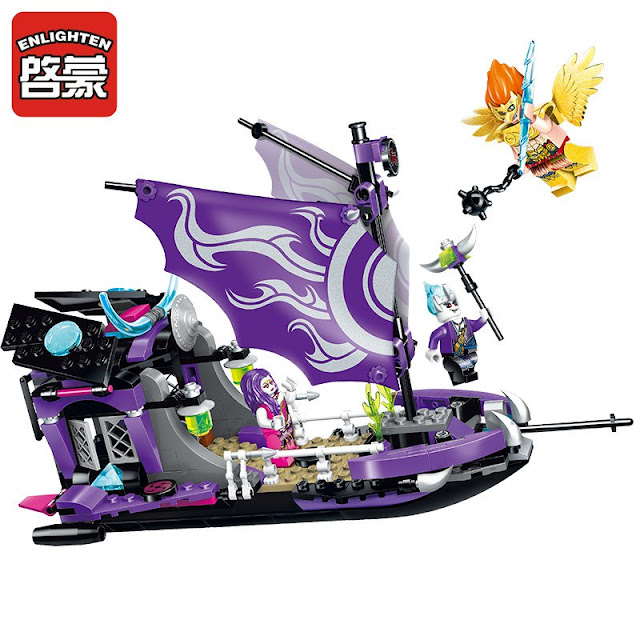 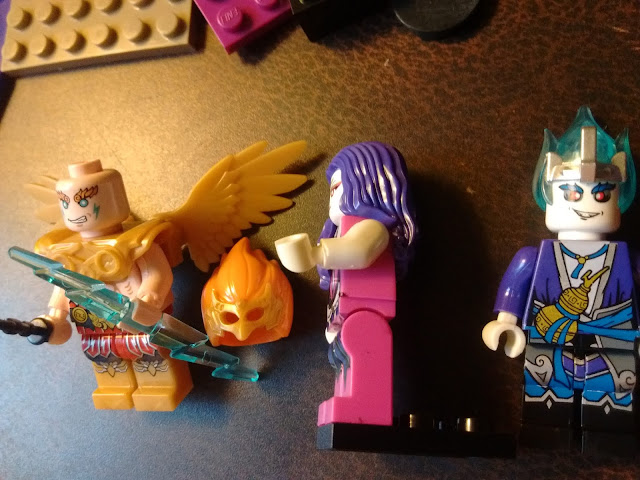 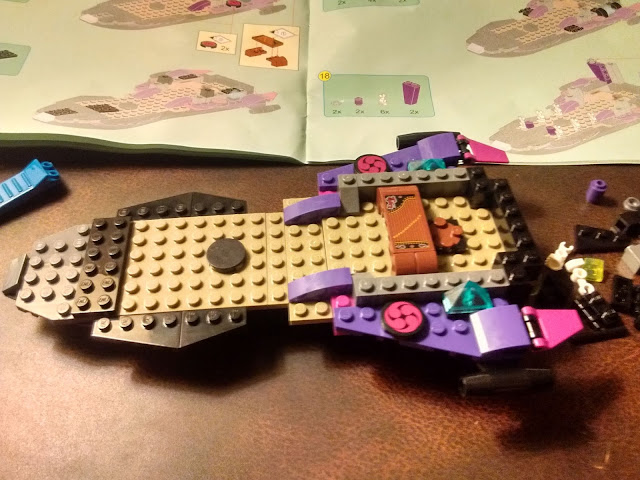 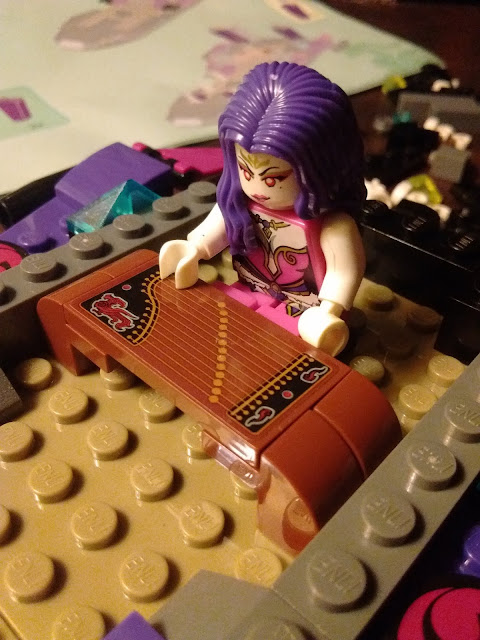 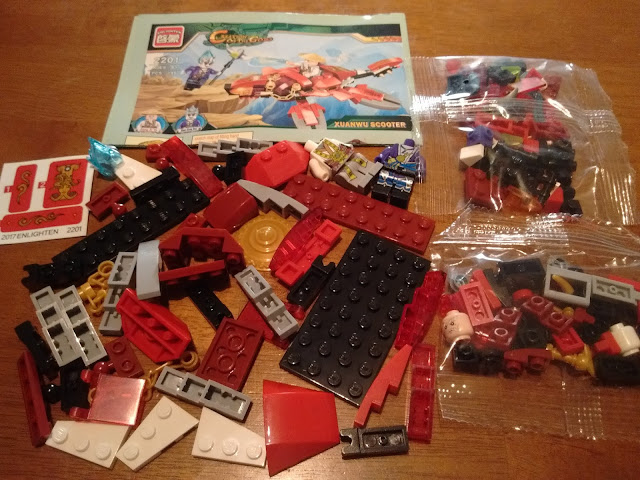 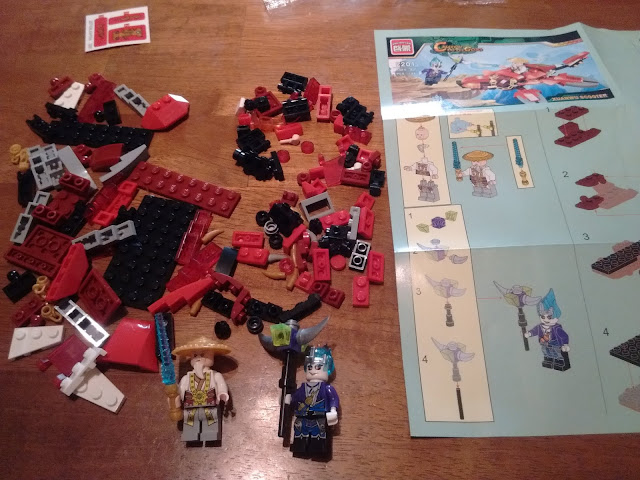 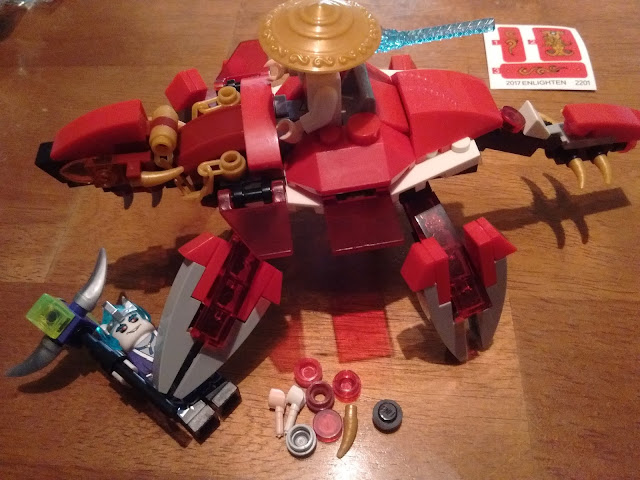 I recommend browsing the Enlighten storefront fantasy section, which has both their European and Chinese fantasy sets, and trying out something that interests you. There are several $5 sets that give you two or three good figures along with an interesting terrain or monster build. Unfortunately, as with Ninjago and Nexo, there are a lot of techy vehicles as well. I guess the same things that appeal to little children the world over.

For some reason, a lot of the Enlighten stuff is not on their storefront. It does not have their minifig collections, or anything from the 'Legendary Pirates' line like the Crocodile I reviewed earlier. This store has a mix of their older pirate stuff that is basically a copy of Lego designs, and the newer ones that are original designs.

I also tried ordering a 4-pack of minifigs riding brick-built beasts, obviously inspired by World of Warcraft. The designs were very good, and there were a lot of nice unique printed parts, but the low quality means that I can't recommend them. The ball-and-socket joints were a big problem: either so tight that they bent the plastic or so loose that the creature would not stand up. The minis also had a leg attachment system that was very weak. Kazi brand has some work to do before they can catch up with Enlighten.

Another series of note is the Winner brand 'Fantasy Westward journey' line. It was tempting, but I did not get it because it was too specific to Chinese mythology and would not fit as easily in my game, and I was unsure of the brand's quality.