'Lord of Sky' was the second set I ordered along with the Blacksmith Shop: 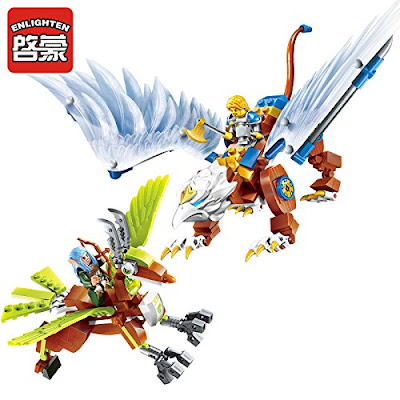 Its package had the same length and width as the blacksmith shop, which allowed for efficient shipping: 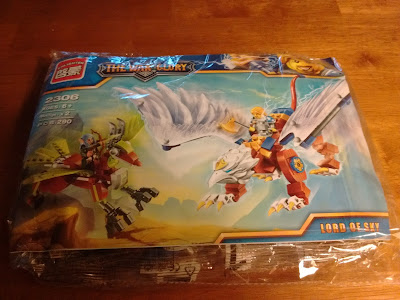 Its instruction book has the same page size as the larger sets. This was a pleasant surprise. I am used to Lego sets in the $10-$20 range having small instruction books that inevitably get bent up in the box. It was nice to have a large flat booklet with a smaller set. 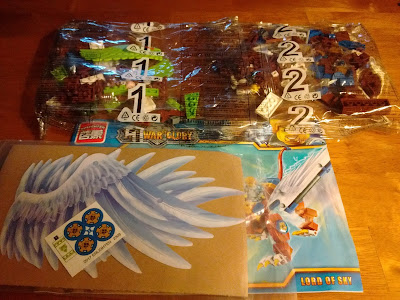 The set has two bags, each with one minifig and its mount. The first one is the elf and parts for the hippogriff. 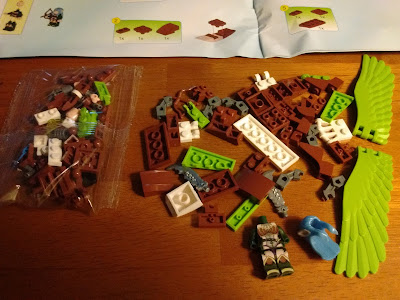 The build was easy and fun. Putting the pieces together felt just like putting Lego pieces together, with the single exception of the trans-yellow disk on the neck, which was a different kind of plastic and hard to connect. It was a better build experience and piece quality than the earlier two Enlighten sets I ordered. This is probably some combination of Enlighten brick quality getting better over time, and the pieces being smaller. Off-brand bricks usually work better when they are smaller, because there is less opportunity for the lower tolerances to make things harder to fit.

The mixel-style ball joints feel very much like the Lego kind, with similar fit and strength. The front legs will sometimes pop out if you try to move them the wrong way, which is partly the result of the design. They chose to mimic the appearance of a deer's front legs instead of maximizing poseability. The back legs feel just like moving around the legs of a dragon from the Elves line.

The click hinges have more variability. Some are a little harder to move, which means that when you try to move the joint and do not hold it right, sometimes a piece will fall off instead of the joint moving. Others move more easily then Lego click hinges. Still, they never had any problem holding complex poses in these models.

Overall the hippogriff is very well-designed and looks great, like a cross between a deer and a giant eagle. There were two little flaws in the design that I needed to fix, however. The wings could not flap down because they collided with the hind legs, but it was an easy adjustment to move them a stud forward where they could flap freely. I also needed to remove one of the back slopes so the rider could sit down: 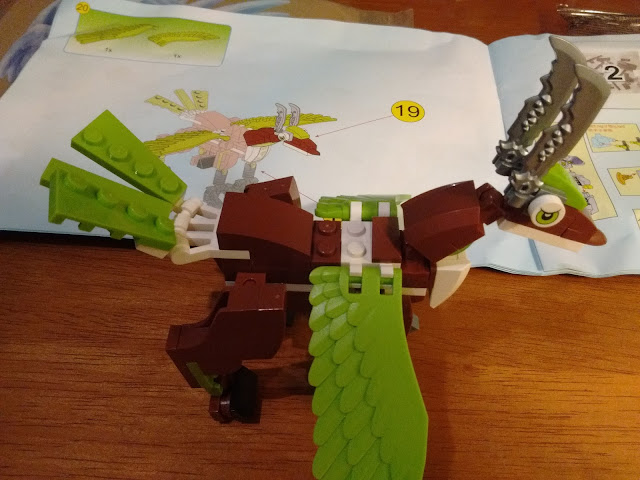 This was actually a nice bit of nostalgia. When I was younger, Lego sets were less well-designed, so there were obvious fixes that I could make after building them. Now, it is very rare for this to happen, which actually makes them a little less fun.

Bag 2 is the knight and griffin: 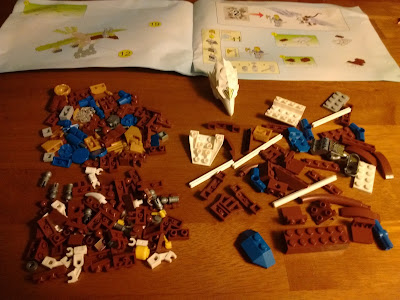 This was another good build. As with the hippogriff, the design uses modern building techniques and parts like click hinges, ball joints, rods and clips, and technic axle connections. The only thing that told me that I was not making a Lego-designed creature was the use of a part that Lego does not have: a plate with studs on each side. This part, which Mega Bloks has been using for years, allows you to do things that you cannot with only Lego. I like how Enlighten combines Lego and Mega Bloks parts to make their unique designs. 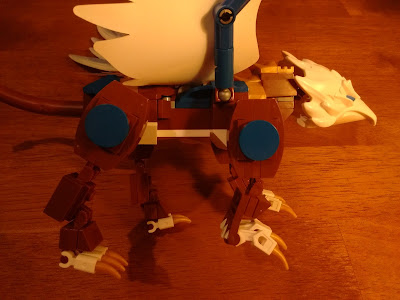 The griffin head is a unique molded piece that connects with a larger ball joint that is not the same size as the larger Lego ball joints. When I made the Crocodile, I thought this joint was unique to Enlighten, but later I found that Mega Bloks uses that size connection.

The griffin wings are truly impressive. They are made from a thick printed plastic, and are the same size as the wings from the Morro Dragon. I am not used to getting such a large wing or sail piece in a smaller set, but the proportions are actually right for the build.

Despite the overall solidity, there was one important part of the griffin build that suffered from low part quality. The 1x2 brick with technic axle connector did not grip to the axle, which meant that the head popped off very easily. When I replaced this with a Lego brick from my connection, it worked fine. The Enlighten brick will not hold any axle and is only useful for greebling.

Aside from that, I might have been making a very well-designed fan creation with Lego bricks, a few of which were older or somewhat worn out. Of the three Enlighten sets I have tried, this one is definitely the best value and the one I recommend the most. Its minifigures may not be as unique or impressive, but the parts and designs are better. For $14 or less (the price tends to fluctuate), you will get two fantasy creatures, both of which are as good as the main attraction of a $20 Lego set: 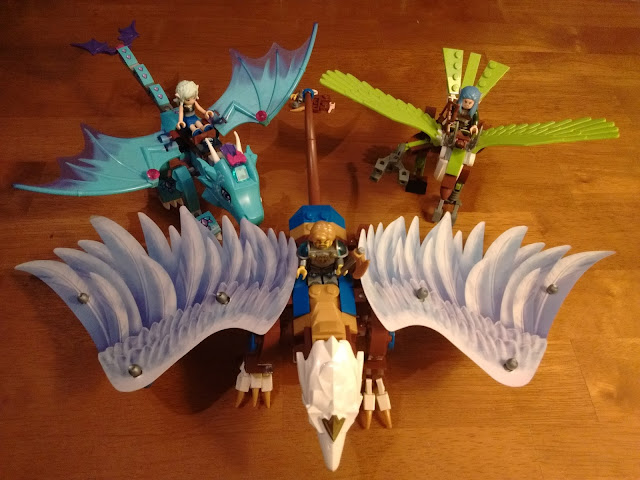 Both models have stood up to at least two evenings of poseing, fiddling, moving around, and otherwise being used as an alternative to a fidget cube while I do other things. I am confident that I can pack them into a bin and take them to games without them falling apart.

Enlighten has become a serious competitor to Lego. Their pieces are almost as good, and a lot cheaper. Their instruction books are actually better. They are producing a full range of good original designs. I'll be watching them to see what else they make.