I travel on the subway to play D&D, so everything I use for a session has to fit in my backpack. This means that all of the terrain has to fit in a bin, and be robust enough to survive transit. 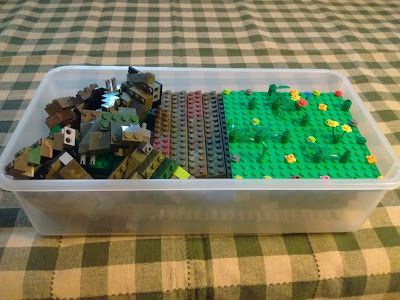 After a bit of experimentation, I figured out a way to fit a lot of 3-D terrain pieces into one bin. The key is to make it modular, with straight and corner segments that connect with a double-pin brick: 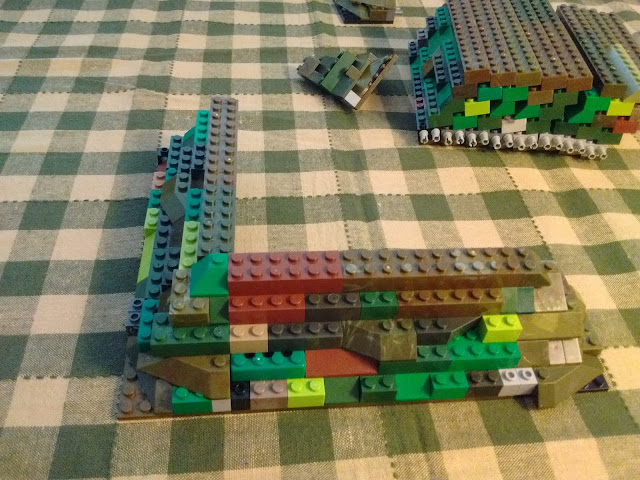 The straight segments are basically an offset five-high stack of bricks with a plate on the bottom to hold the pin connector. They have no base, allowing them to stack. The double-pin connection to the corner pieces is what keeps them up. It is not super-secure, but it can hold up minis and small terrain pieces in play. 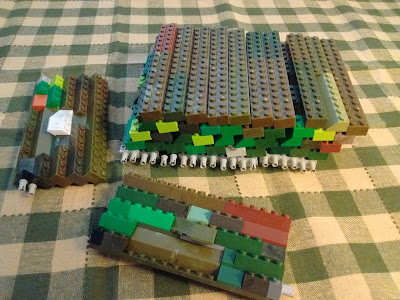 The corners are put on an angled base rather than a square one, which lets them pack more easily in the bin. 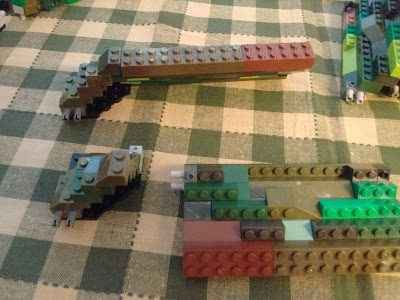 I also made a couple of 120-degree connectors to allow more natural and rounded terrain. 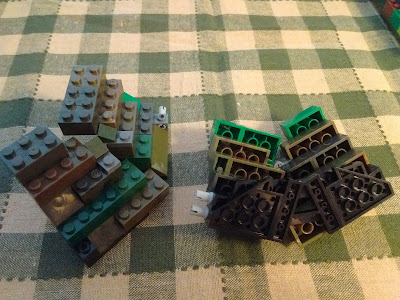 This system lets you fit a full tabletop of hilly terrain inside a single bin. The 16x16 baseplate on the hill segment represents a more gentle slope, while the rest are steeper hills: 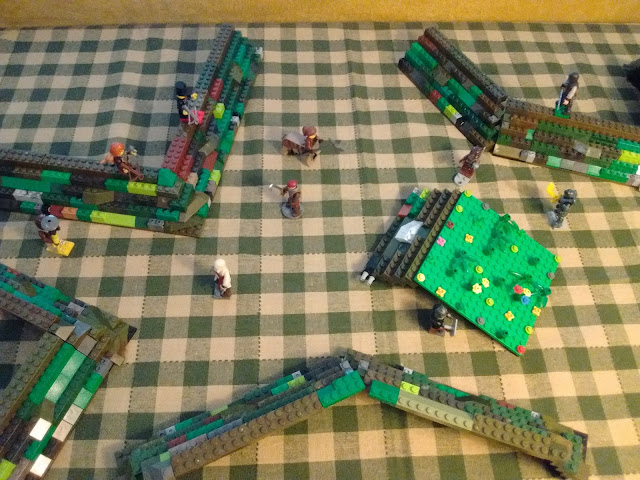 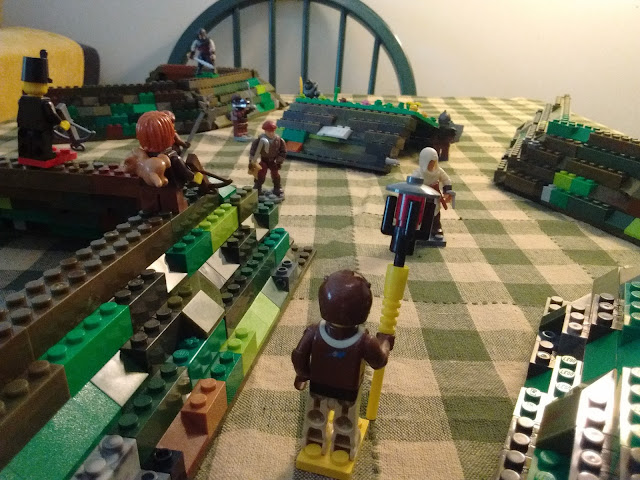 When using this setup, any people on the top of the hill rather than the slope can be placed on the table behind the hill. Basically, you are treating the slopes like contour lines on a map.

Basically any pile of bricks or slopes can be turned into these modular hills. I used a lot of camo-green Mega Bloks, because they inevitably accumulate when I buy big bins of bricks from thrift stores.

I used large bricks for the top, because the top bricks are most vulnerable to getting knocked off in transit. If the top is smaller bricks, they will often fall off. This design is robust, even given the lower quality of off-brand bricks.