Recently I decided to see what terrain I could make using only the Classic Creative Supplement, a box of basic bricks that lists for $20 but is usually available for $14 online. 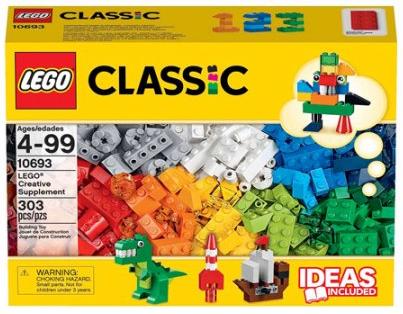 I chose this set because it looked like the best way to buy new bricks suitable for fantasy terrain. Many of the other basic brick sets have a lot of unwanted wheels or glass doors.

Here are the sorted bricks. There are a lot, about twice as many as a typical $15 set with minifigs, and they are mostly bigger bricks suitable for making good-sized terrain features: 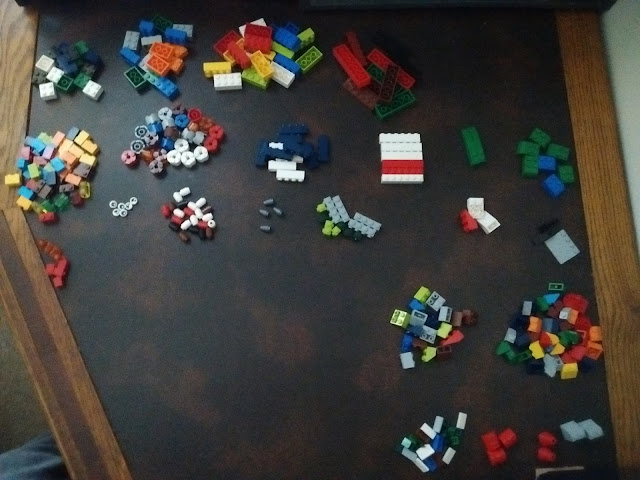 The terrain building went really well. I quickly ended up with many good terrain segments, capable of setting up a wide variety of scenes. I wouldn't want to try to run a whole campaign with just this box, but it gives a solid foundation to add to. Here are some example setups, with a grid cloth and minifig from my collection: 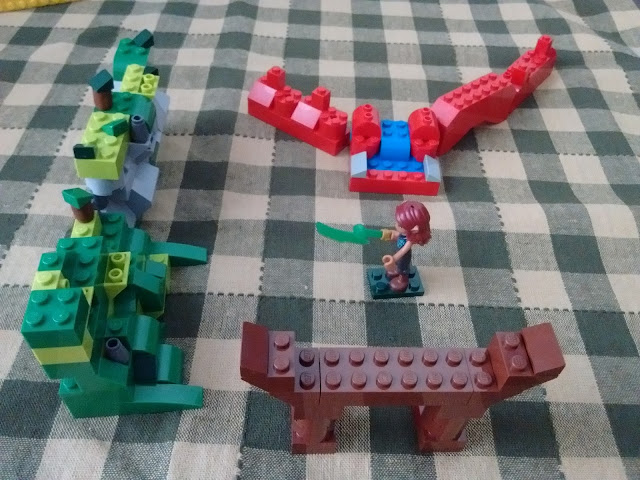 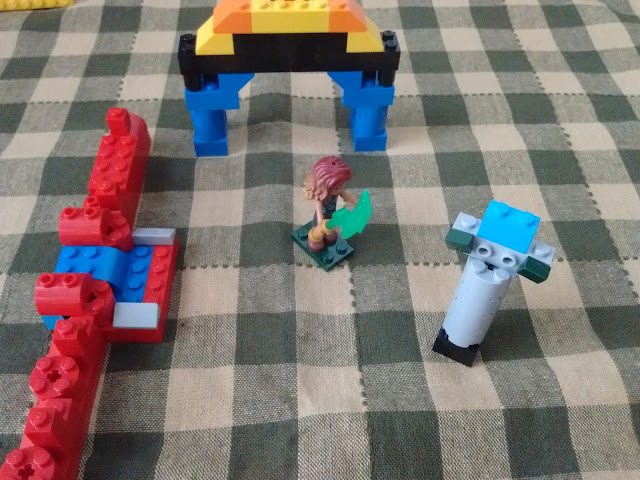 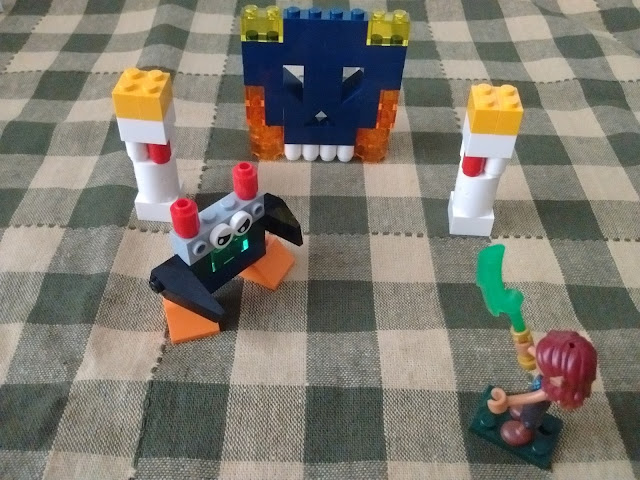 Here is everything I built all together: 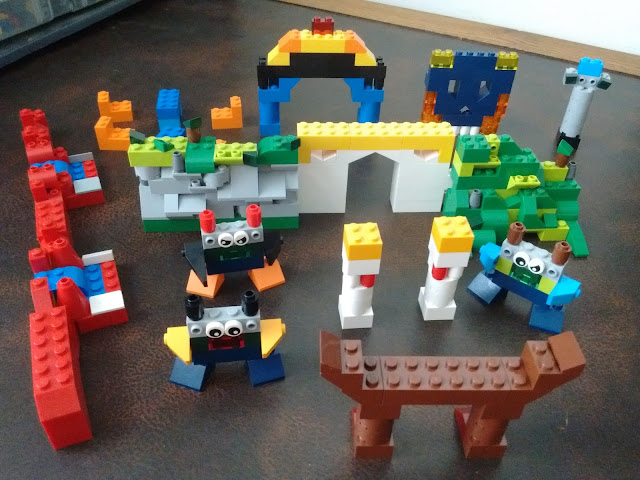 I made the outdoor terrain first, a grassy hill and a rocky cliff face. There are enough slopes in the set to make a very nice natural effect. 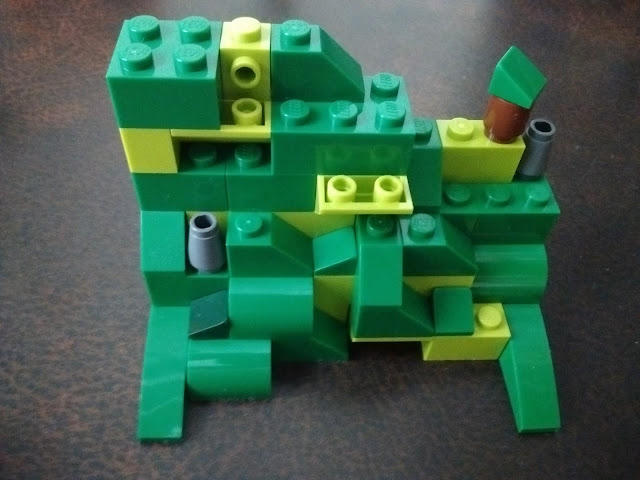 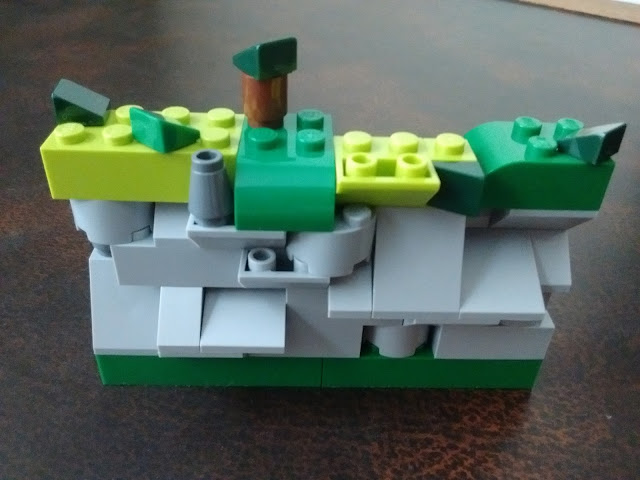 Next came a giant stone skull, surrounded by magical flames: 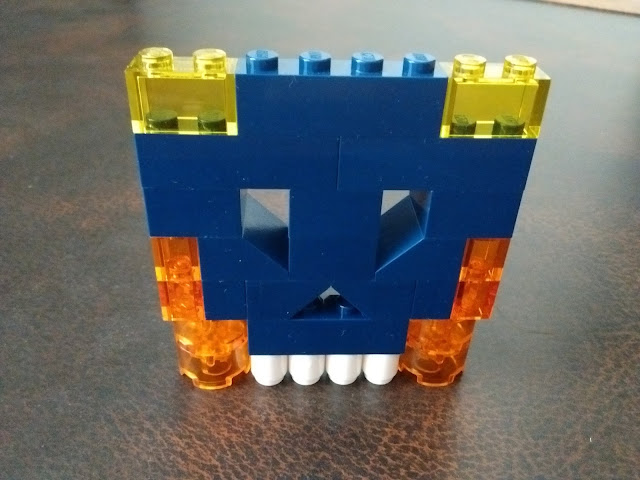 Then the creatures. This set contains mainly bricks, with no plates or advanced elements aside from a few headlight bricks, so they are not up to modern standards of brick-built creatures, but they would work as animated statues. 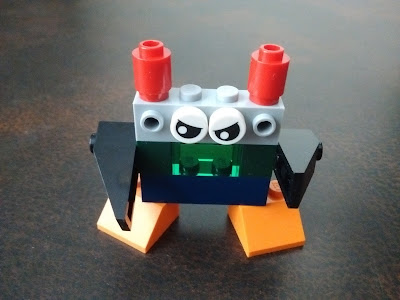 Then I made brick walls and fountains: 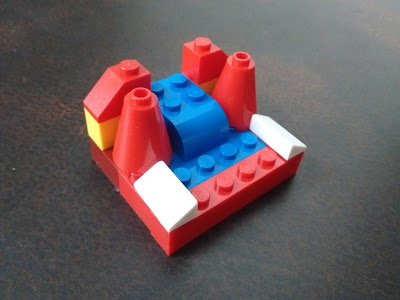 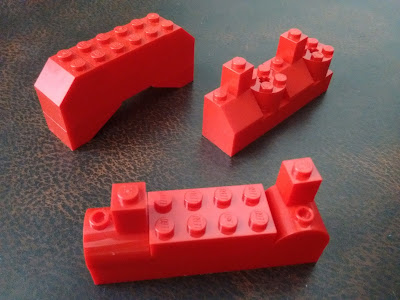 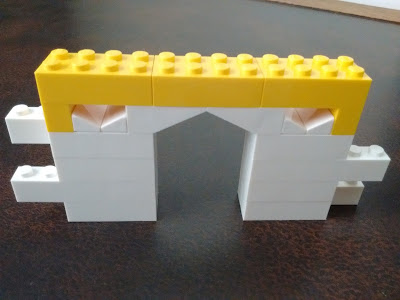 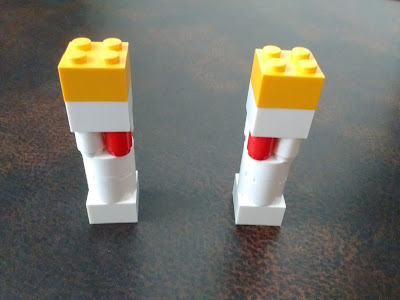 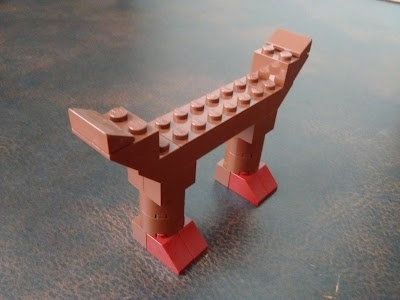 And then the leftovers got mashed into a decorated facade: 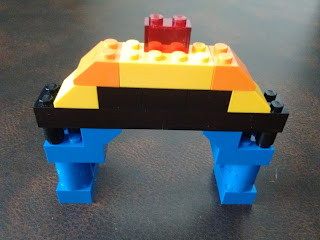 Not pictured individually are a set of tables and chairs, a decorated gray pillar, two more animated statues, and the other red-brick water fountain.

I ended up with a lot of terrain for $14 and a couple hours of enjoyable building. My initial guess was correct, this box of bricks is a great way to build good Lego RPG terrain.