I recently got a beautiful Lego elf palace. After I made it, I wanted to try making more things with its aesthetics and color scheme, like I do with my modular castle sets. But I did not have enough of the right color bricks.

So instead, I had the idea to follow the instructions, but swap out the colors. If I did not have the right shape, I would replace it with one that was almost the same. Printed plates and decorative elements would be replaced with something that was similar.

It worked really well. Here are the two palaces, side by side. The original is on the right, and the dark twisted version is on the left: 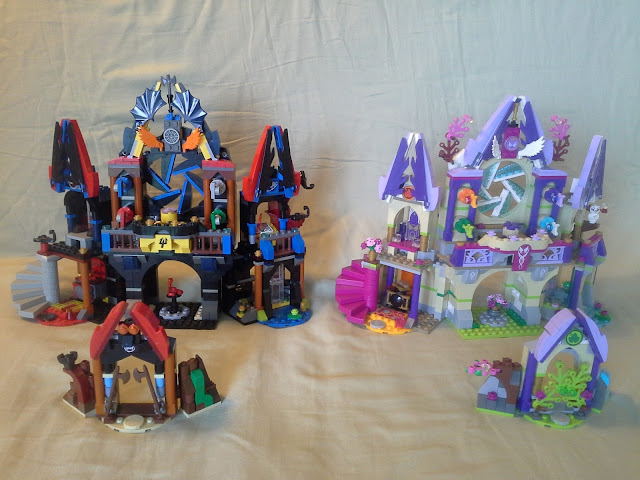 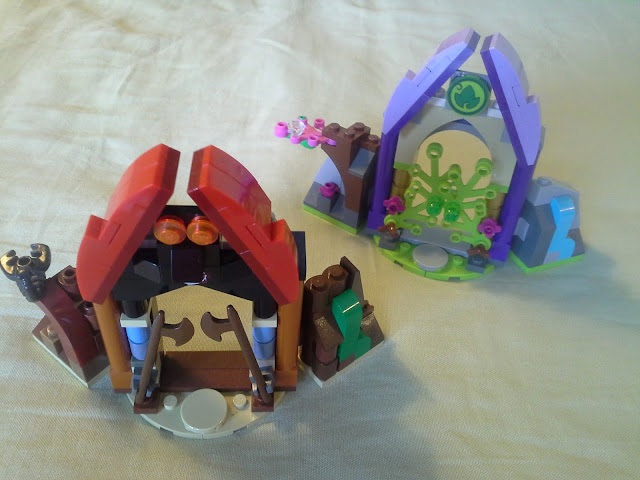 Here are closeup shots of the new palace: 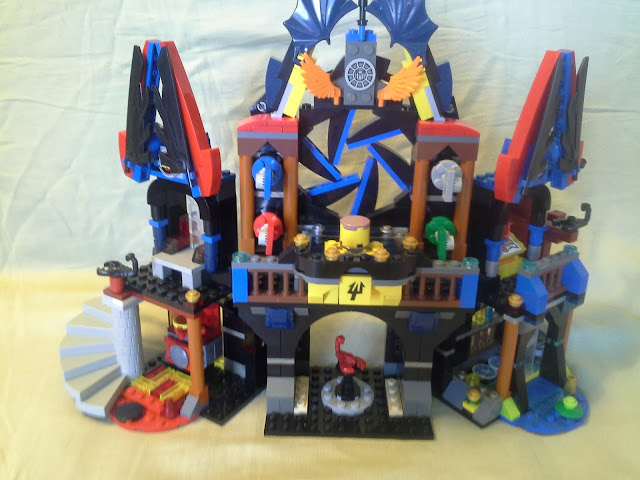 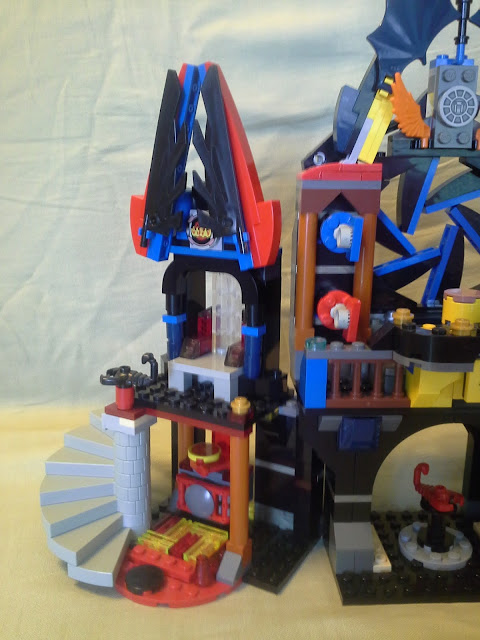 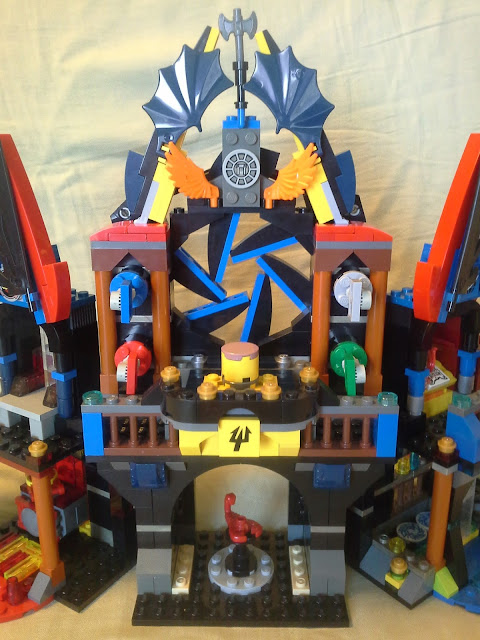 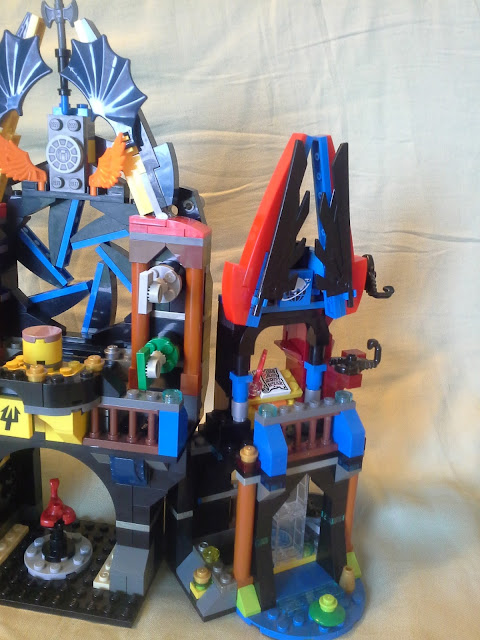 The portal in the back works, even though it is not a regular hexagon. I adjusted the length of some of the iris bricks to compensate. I had to make the brick frame a plate shorter to fit it: 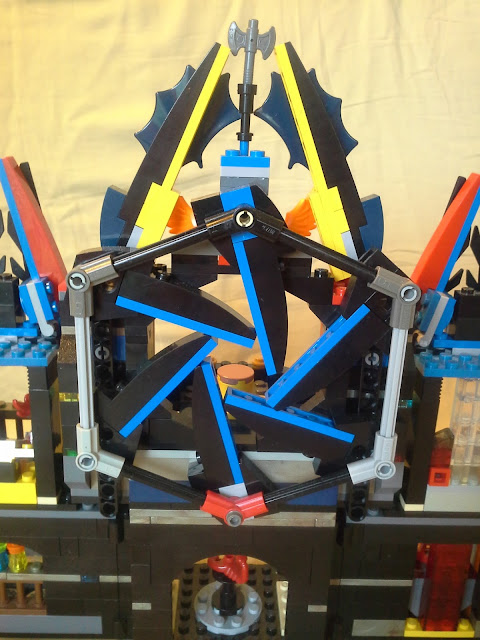 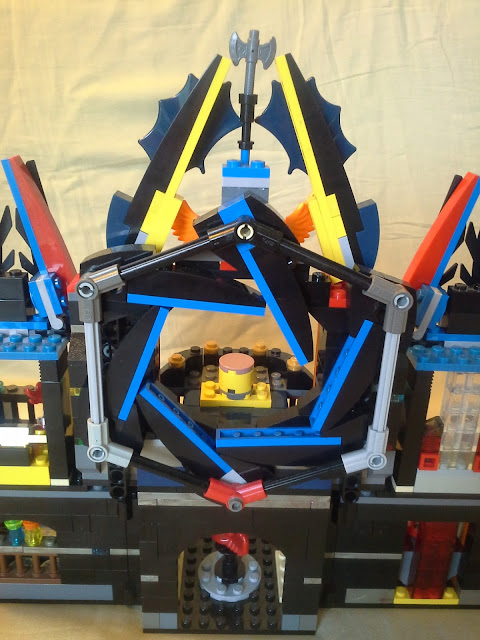 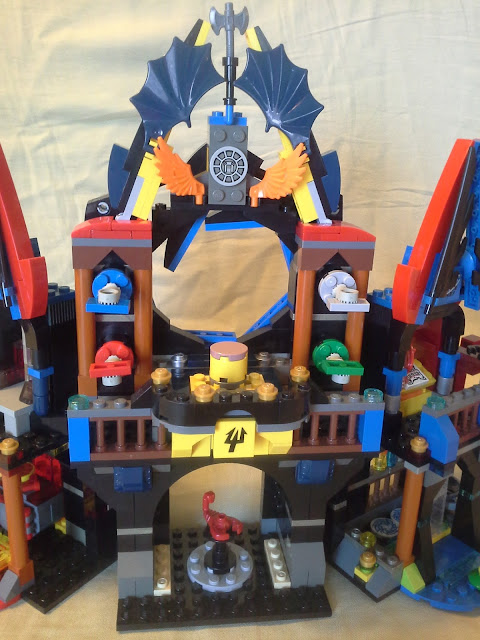 Someday these will get used in a D&D game. Having two different versions of the same palace connected by a portal invites several interesting scenario ideas.

Palette swapping is a fun technique, almost as easy as following instructions if you have a well-sorted brick collection. It is a good way to populate your campaign world with variations on a theme.