Long ago, when I was a young child, I got a nice big Lego castle: 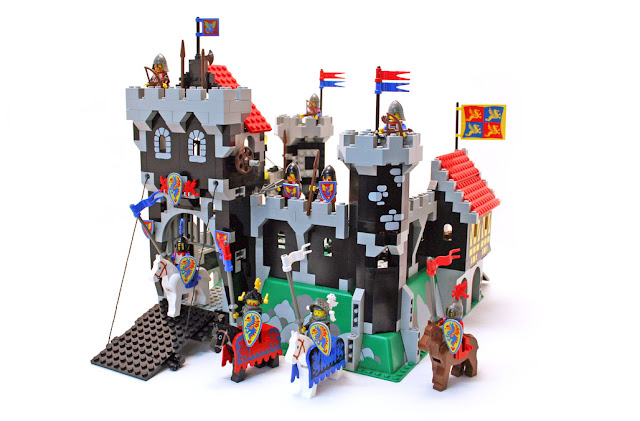 Soon after building it, I started improving it. I wanted a proper castle, not just a facade of one, and this castle did not have any real walls on the back or side. I took apart other things and used up almost all of my castle pieces and most of my black and gray bricks, to add the missing walls, and to replace the house with a proper tower. Then I made it the center of a diorama: 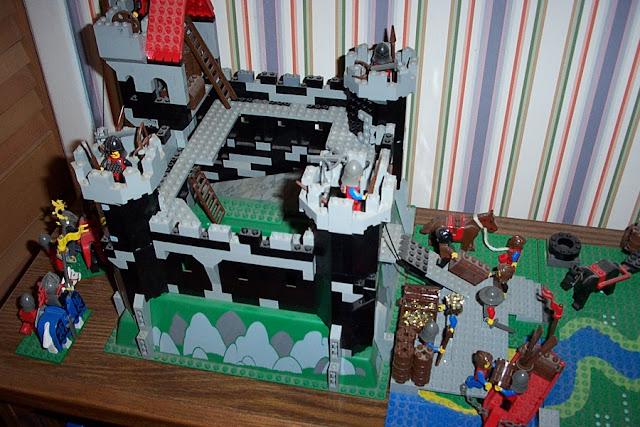 When I started running D&D games with Lego bricks about a decade ago, this castle was the site of several encounters. We had lots of fun, but I quickly realized several limitations. The castle could only represent a small fort, and was pretty limited for an adventure site. It was also hard to reach inside to move and position people. But I kept it around for nostalgia's sake, even as more and more of my collection was used for the simple flexible walls and terrain features used to run games.

A couple years ago, I decided to make the castle more useful. I replaced the baseplate with rock pieces: 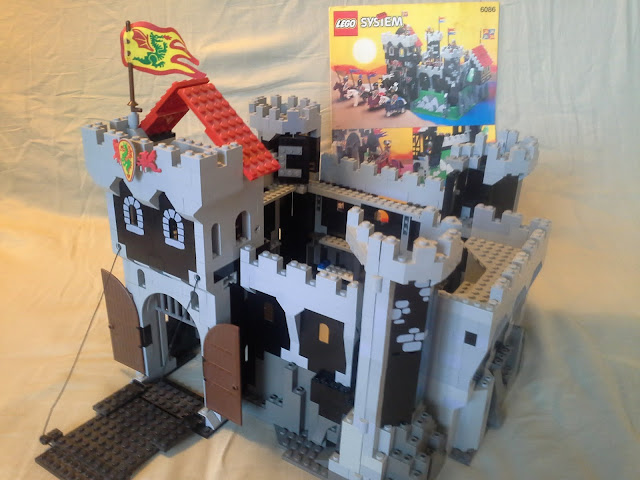 Which allowed me to put hinges in three places and unfold it into a big wall: 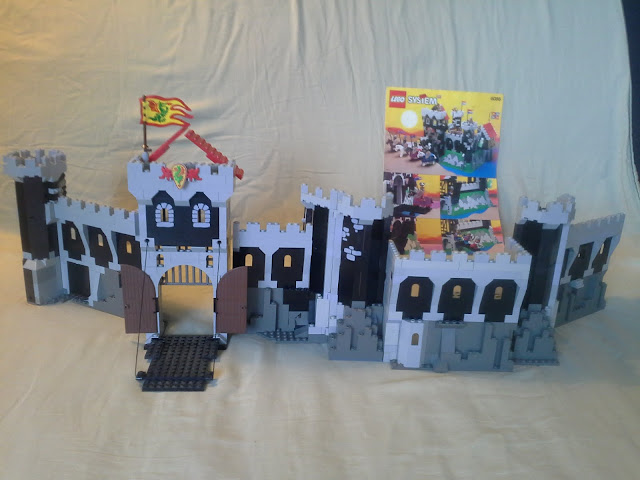 Now the castle is a lot more flexible. It can represent a small fort, or a section of a bigger one. I also separated it into several sections, using Technic pins and bricks to connect them. I did not invent this system; many of the oldest Classic Castle sets used both hinges and modular connectors.

Once I did that, it was easy and fun to make more modular sections with a similar appearance: 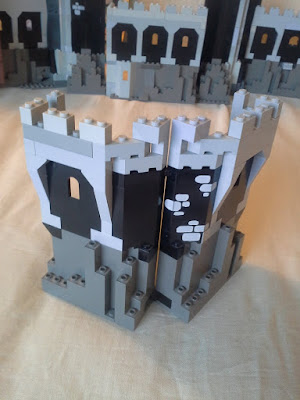 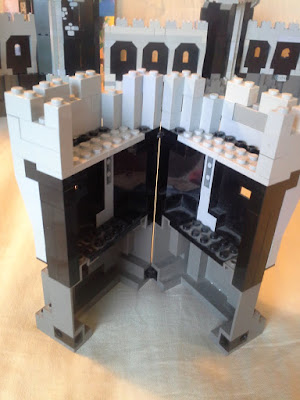 These segments can be connected to the original castle to make it larger and different: 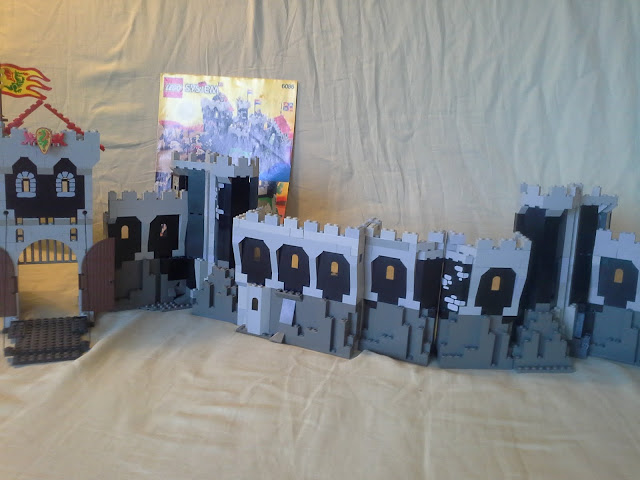 I also made some larger wall segments, often altering other sets to fit into this castle design: 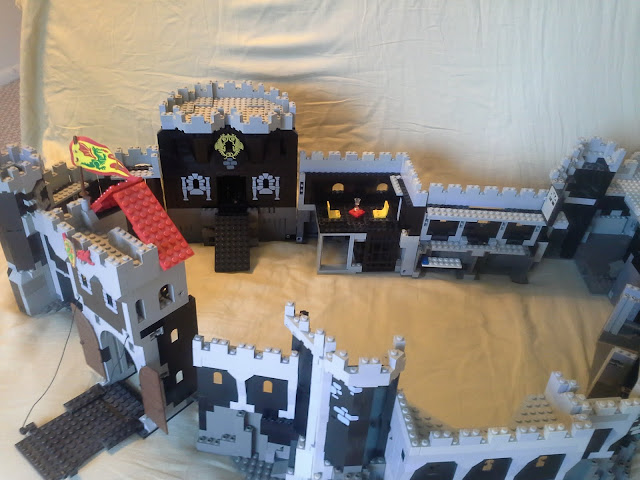 With a collection of modular castle walls, I can make any number of castles quickly. It does not feel like I am reusing an old model. It looks like a completely different castle, made using a similar architectural pattern, especially if I change out the flags and put different terrain pieces around it.  These modular castle walls have been the site of several memorable D&D sessions, including one where the party took over a Warforged fortress by father falling onto the top towers from pegasi: 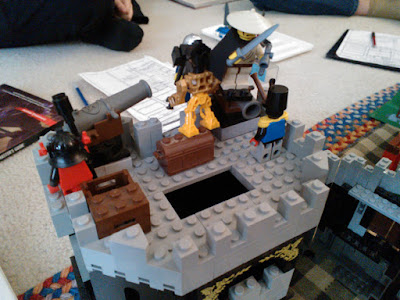 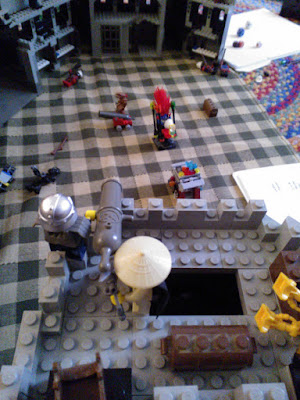