I typically make minifig-scale creatures, or simple practical props for my games. But sometimes I enjoy a more complex build. Recently I challenged myself to make a Lego version of the Illithid Nautiloid from Spelljammer: 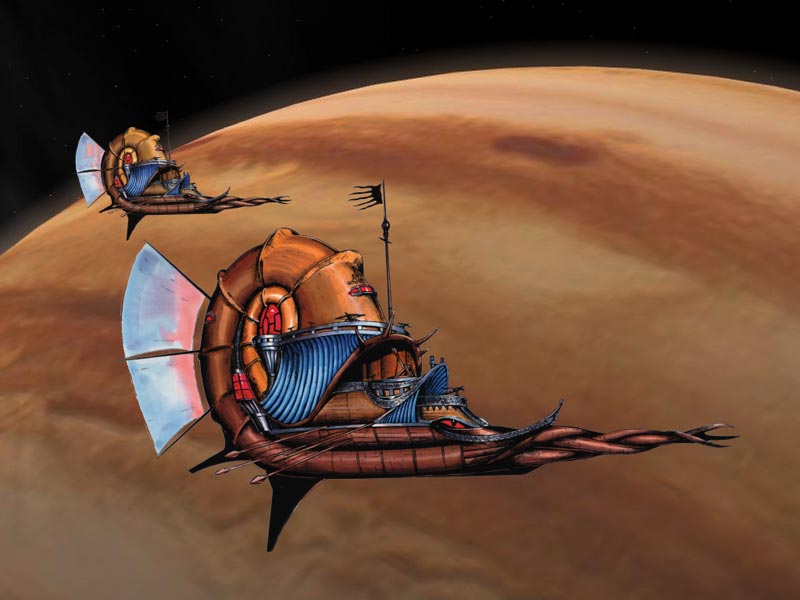 I modified it a bit. I wanted mine to look less like a wooden ship built to resemble a nautilus, and more like a living giant nautilus, grown and twisted by powerful magic, with a ship grafted into it: 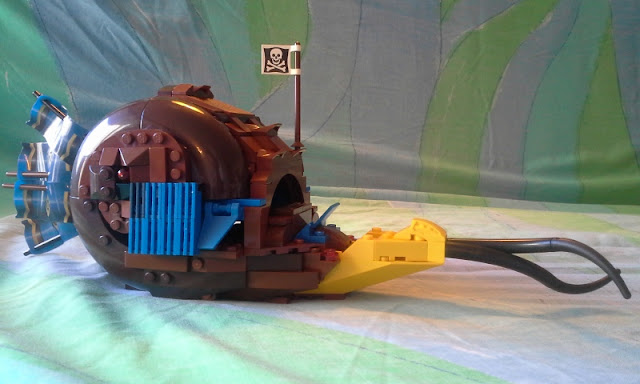 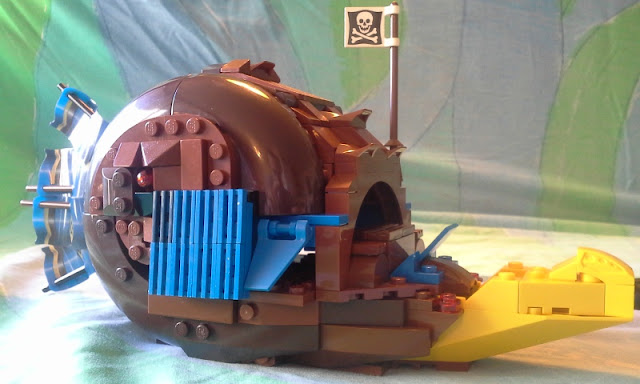 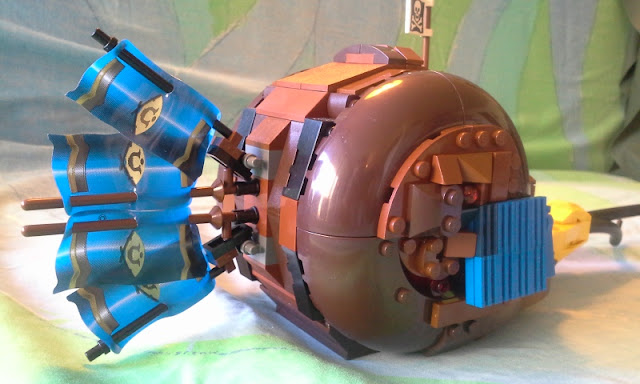 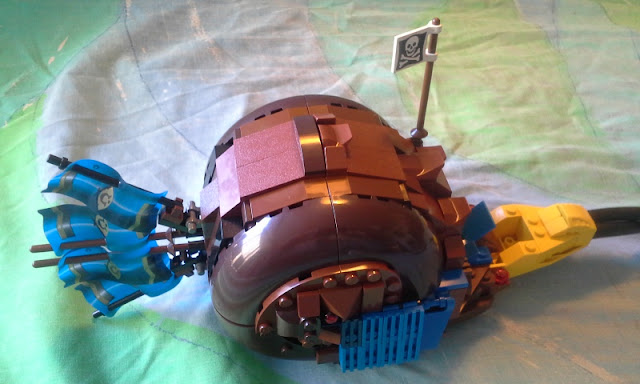 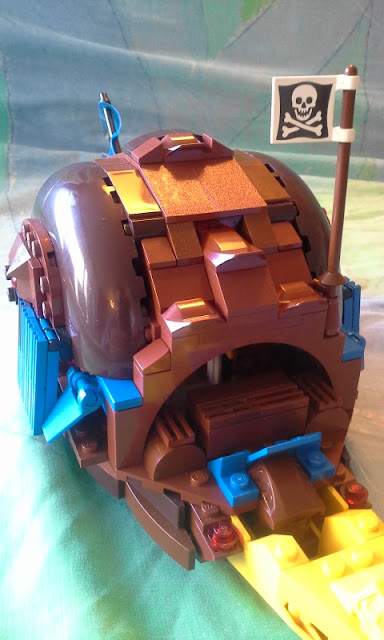 It is not built to minifig scale, but it can still be used in a game, either with spaceship combat rules, or simply as a visual aid. Here a party of PCs is hiding behind space rocks spying on a tense standoff between illithid and elf ships near the floating skull of a dead god: 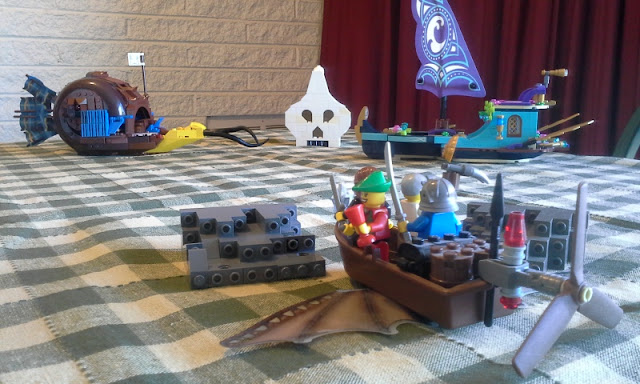