Having your character grow and become more powerful is fundamental to the RPG experience, and having a minifig that grows along with the character sheet is one of the best things about an RPG that uses Lego bricks. A player from a game I ran over seven years ago still remembers how much fun it was to take a cool hat off a boss they defeated and put it on his minifig.

Here is an example of character advancement. Sasha Silverstar is a kobold paladin of Bahamut. At character creation, she has a rapier and shield, medium armor, and a wide-brimmed hat emblazoned with a holy symbol of Bahamut: 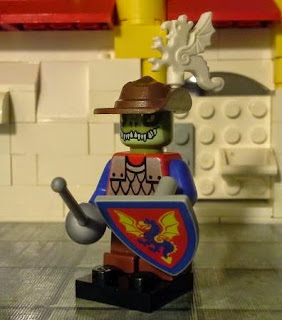 After some adventuring, she has acquired Gauntlets of Ogre Power and a Mace of Disruption: 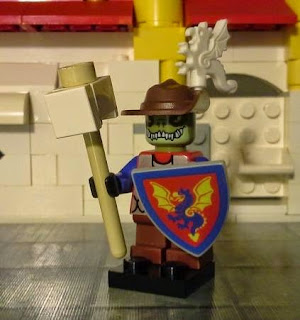 Later, she has plate mail and a magic helmet that cures her sunlight sensitivity and also protects her from radiant damage: 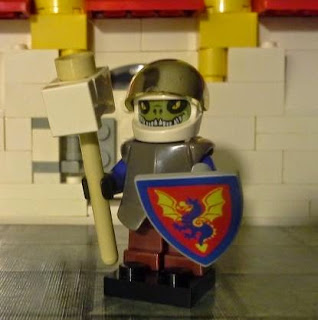 After many great adventures, she has a Holy Avenger, a Spellguard Shield, enchanted platinum plate mail, and a magic cloak: 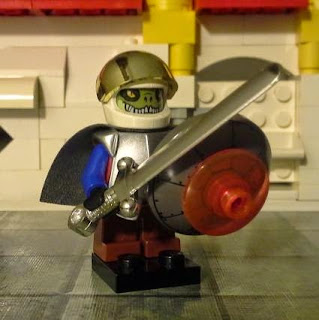 With minifigs, all of the characters in your campaign can advance like this. There are a few things you can to do to help this work well.

The first one is to organize minifigs and equipment in some way so it is easy for players to customize their characters. In order for them to care about making their minifig better, they have to care about their minifig. They will feel much more attached to something they have customized. A tackle box works well for character creation and customization, with equipment and accessories in the top and the minifigs in the bottom: 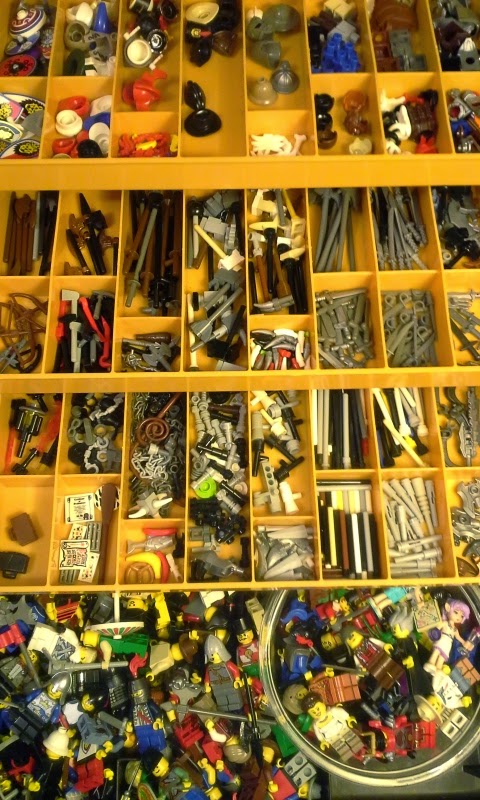 It is important to limit the items that your players have access to during character creation. Everything should look like mundane starting equipment. Hold back the cloaks and anything shiny or impressive. Players will want to add them if they see them, and if they feel that their minifig appearance is already optimized, it will take the fun away from obtaining treasure.

Keep a separate supply of magic items and treasure: 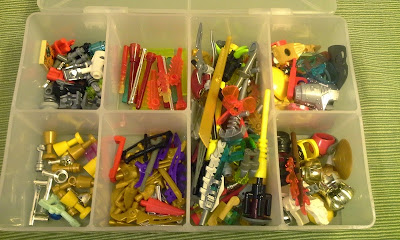 Use those items to equip major enemies: 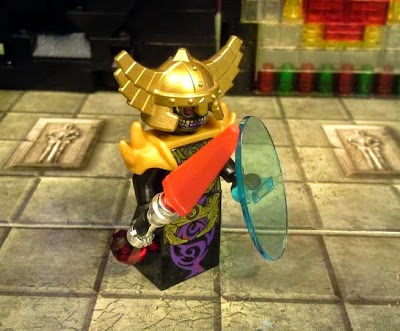 After the players win the battle, they get to loot the body. Sometimes they can manage to take the loot during the battle, by disarming the enemy.

If they are not fighting tool-using enemies, prepare a treasure chest with minifig accessories: 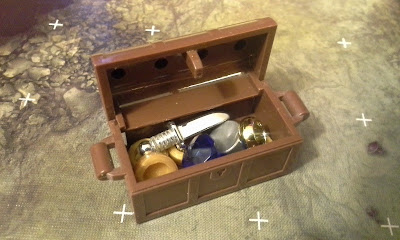 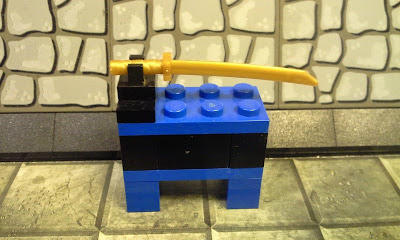 Although a lot of treasure cannot be represented with Lego items or added to minifigs, you can alter the treasure you reward to make as many things as possible match bricks you have. A lot of wondrous items can be presented as accessories that clip into helmets and headdresses. It is also possible to represent treasure by swapping out the character's minifig torso to one that has a necklace or other impressive item printed on it.

If you keep the Lego treasure in mind when planning the campaign, you will be able to create a fun sequence of treasure acquisition and minifig advancement that matches your collection. As the characters adventure, they get better and better items to put on their minifigs. They should want to replace their equipment several times over the game. Save the best for last.