Many older themes had nice things for running a fantasy RPG. I'll be highlighting some of the ones that did not turn into collectors items, which means you can get them cheaply on bricklink. This is mainly about pointing out bargains, so I won't be discussing things like the Elves sets, Monster Fighters, or the Fantasy Era or Fright Knight castles, which cost slightly more than retail, or things like Vikings or Pirates that cost a lot more.

Chima sets were a gold mine of excellent humanoid minifigs. They had bird people, reptile people, wolf people, etc. etc. I got a lot of them, often on clearance, and the minifigs have been a staple of my NPC tackle box ever since. All of the molded creature heads can be removed to reveal printed heads that you can customize with helmets or hair so they look less cartoony. The only problem is that the faces are all double-printed, so you have to Brasso off one of the sides if you want to use them with hats or hairpieces that do not fully cover the back.

Here are some of the better ones, available for the original retail price, or less, after shipping:

Spinlyn's Cavern is an excellent adventure location with unique minis. 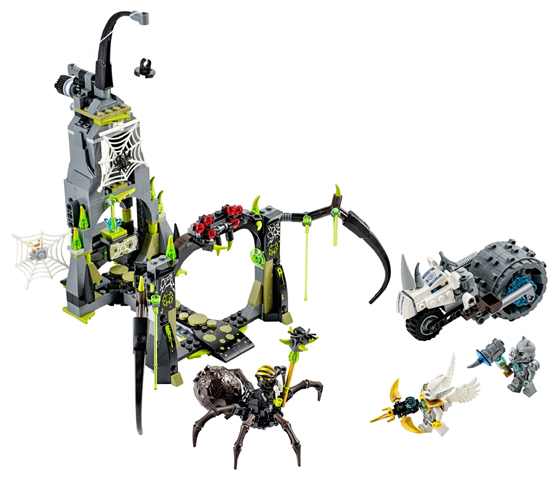 Razcal's Glider gives you a bird person (that also makes a decent feral vampire with the molded head removed) and a large bird build.

Stock up on lizardmen (or kobolds if you give them short feet) with the Crocodile Tribe Pack. 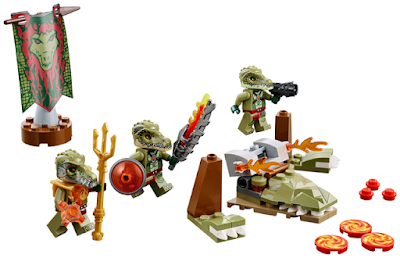 The Ice Mammoth is a bargain, much cheaper than the original price, and can be a great adventure if you put a little work into it.

The Gorilla Striker is also much cheaper than new.

Prince of Persia sets are useful and cheap, because the movie was so bad. The Quest Against Time set is an especially good deal and makes a good adventure location. 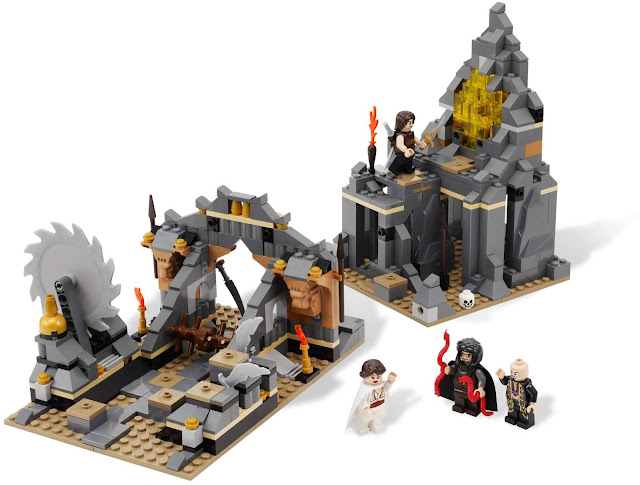 Ultra Agents is cheap forgotten theme with a lot of parts and people that fit very well into a campaign with magitech or a magepunk aesthetic. 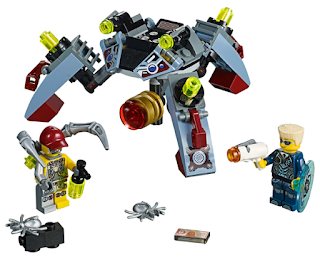 Galaxy Squad has lots of small and large insectile critters: 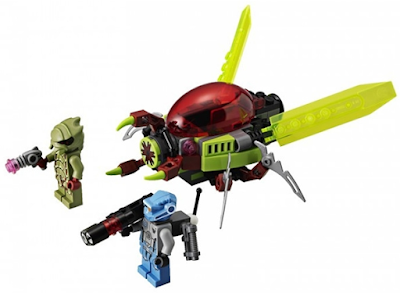 The Atlantis theme also has good monsters, as well as some nice locations: 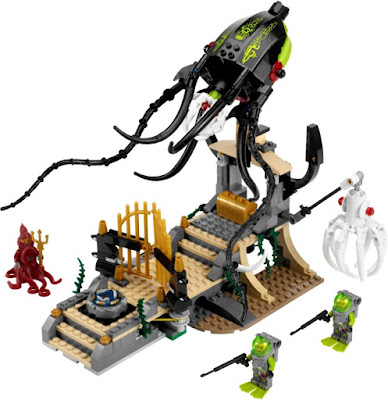