As always, I am recommending sets that will improve the GM's box of Lego terrain, monsters, and characters for a reasonable price. The best new set is Graveyard Mystery: 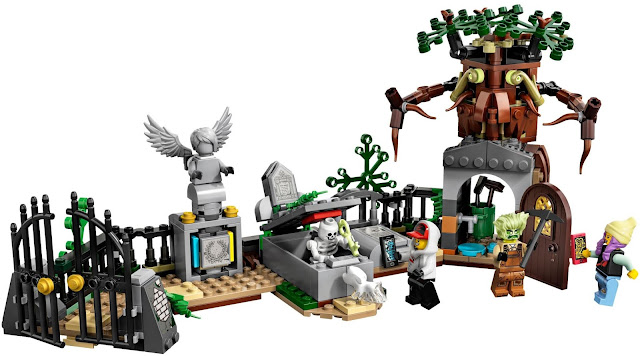 There is a lot of good terrain here. The play features designed for little kids usually work surprisingly well to make a game more fun. Separate it into five or six individual sections (gate, statue, grave, tree, fence with small grave) and then put those on a battle mat or printed terrain grid. The ghostly guy in overalls is a great enemy figure, the skeleton is always useful, and the two kids fit reasonably well with the Ninjago aesthetic.

The Wrecked Shrimp Boat set from the same line is almost as good, but is more heavily nautical-themed and so is less generally useful.

Harry Potter sets have returned, giving you lots of options if you don't mind paying the licensed-set premium. Hagrid's Hut and Whomping Willow are the best choices for medieval-looking terrain. The castle wall segment in Whomping Willow will be more useful and reusable than any of the other Hogwarts sets, because it is less recognizable and more flexible. Separate the wall build into segments and you will have good generic flexible terrain pieces that can be reused in many sessions.

Samurai Mech gives you two skeletons, a well-equipped PC, and something that can be turned into a fire giant with a little work: 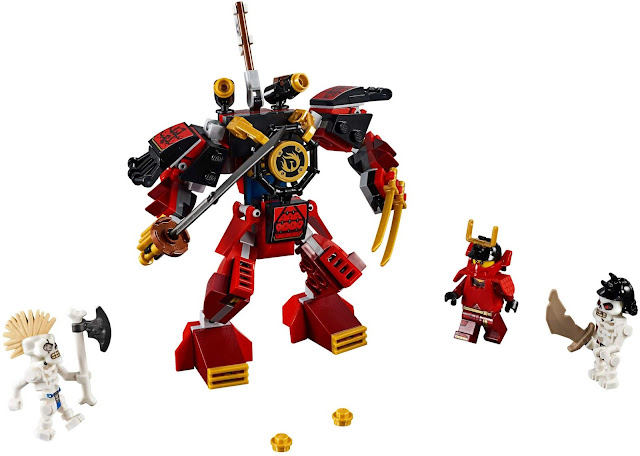 Golden Dragon is also decent, although that dragon may be too distinctive to be reused often.

Fire Fang is a giant snake useful for a huge boss fight, and three snake people.

Monastery Training has flavorful dungeon dressing, and good accessories for high-level characters. Don't let PC's start with those golden blades; make them treasure that must be earned, possibly by taking them from enemies who are wielding them. 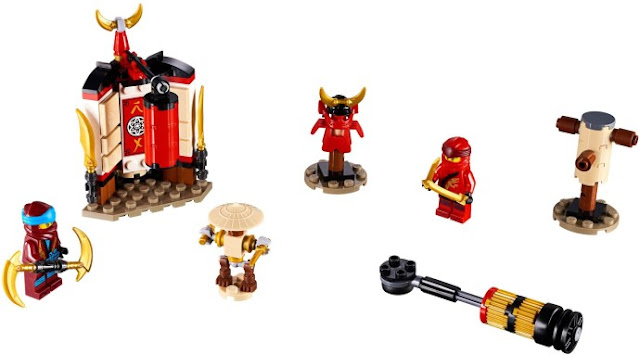 Hydro Man Attack gives good medieval-city terrain and a nice selection of minis and accessories, including the always-useful spider webs.

I highly recommend, when building your own walls, follow the lead of spider-man sets and add bricks with studs on the side. They look good, and they allow minis to attach to them in various places. Given that a lot of monsters climb on walls, and Spider Climb is a fairly typical utility spell, this play functionality will often come in handy.

All three builds of Outback Cabin are useful. A wilderness cabin, a houseboat, and a guard shack over a hidden cavern are all common adventure sites. Plus you get a brick-built wolf and eagle.

Hanzo vs Genji from the Overwatch line has some unique accessories and good terrain: 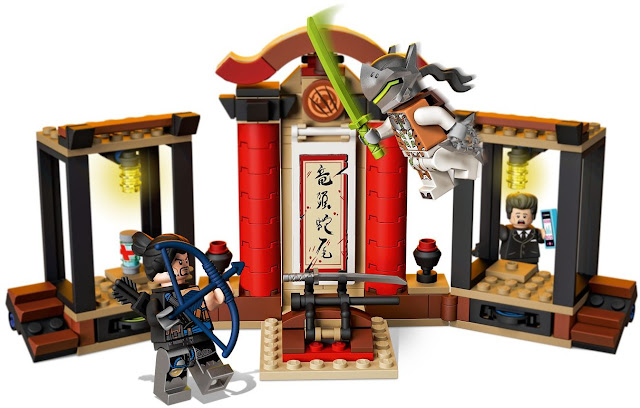 Deep Sea Creatures is not as good as last year's Mythical Creatures, but it is still a decent way to add more interesting monsters to fight, especially if you are running a campaign with massive squidly abominations.

If you want a basic box of bricks, then get Bricks and Eyes. Eyes are always nice, making this the best of the 'basic bricks' sets this year.