As always, sets are sorted in roughly descending order of how much I recommend them, and selected for variety and versatility. I am tailoring the recommendations to people with a relatively small collection, for example people who started by just using Lego minifigs for the PCs and are thinking about adding Lego monsters and terrain for a reasonable price. If you have an extensive collection, then you probably know what you want to get already.

Edit: Added a couple sets that were released in August. 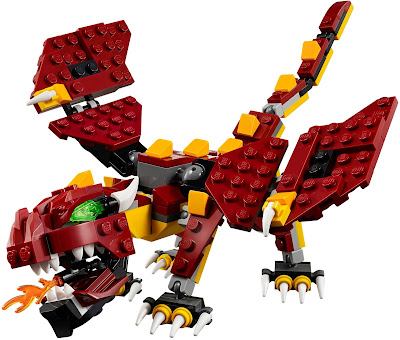 The dragon is the star of this $15 3-in-1 set, which can be rebuilt into a fire giant and a colossal spider. It is obviously an update of the Red Creatures set I recommended in 2015, which was selling for twice as much on the secondary market. The newer set is even better, taking advantage of new parts. Highly recommended. If you only get one Lego set to play fantasy RPGs with (after acquiring the PC figs), get this one. Like many sets, Amazon has it for 20% off, or $12. 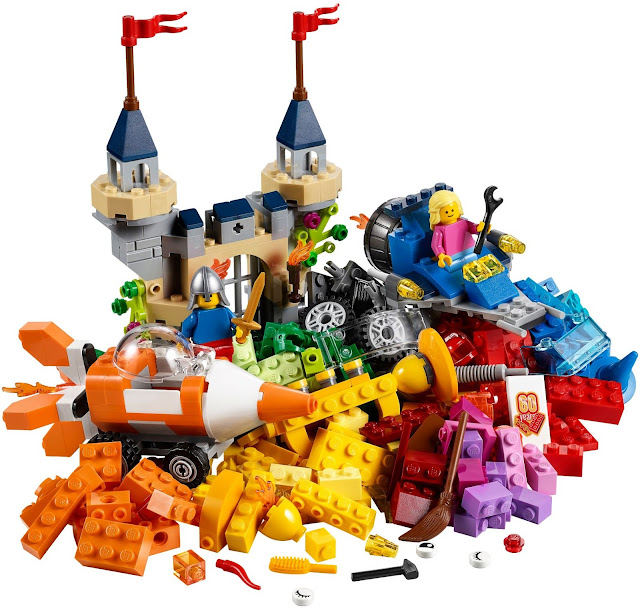 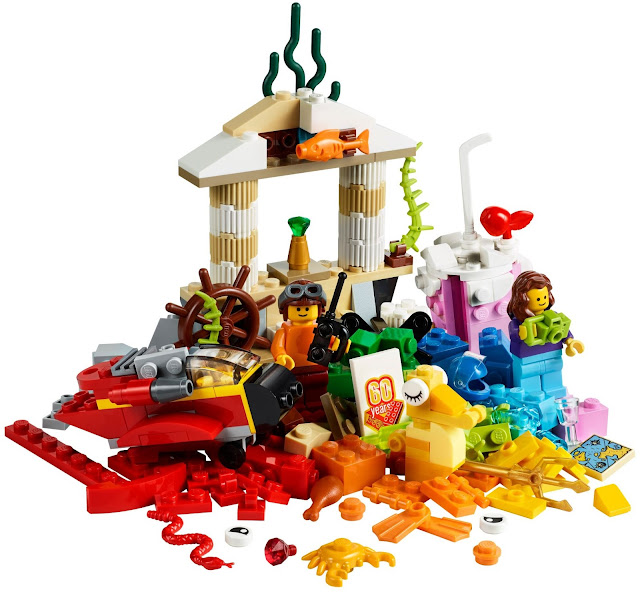 The 'basic pile of bricks' sets have gotten much better for Lego's 60th anniversary. They finally added minifigs, tools, and lots of good accessories. These two sets are perfect for a fantasy game. They are my new recommendation on the Starter Guide, but they are also a good deal for expanding existing collections.

Throne Room Showdown. I always like the little sets that have small modular terrain pieces. They are cheap, good for establishing a scene, and can easily be stored and transported. With five minis and a lot of nice accessories, this is a great value for $20.

Tree House Treasures is this summer's 3-in-1 Creator building location. All three builds are very good for a game, and the process of building them is a good way to learn how to make a variety of Lego terrain. Everyone who runs a fantasy RPG with Lego needs to know how to make a big brick-built skull: 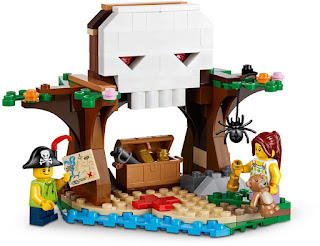 Master Falls is an excellent rendition of a classic adventure location: a rope bridge over a water-filled ravine leading to a castle or dungeon entrance. Unlike most Ninjago locations, this one would not look out of place in a 'traditional' European or generic fantasy setting. With its three minifigs plus skeleton, including the always-useful old sage and four-armed monster, it is a good value for $30. 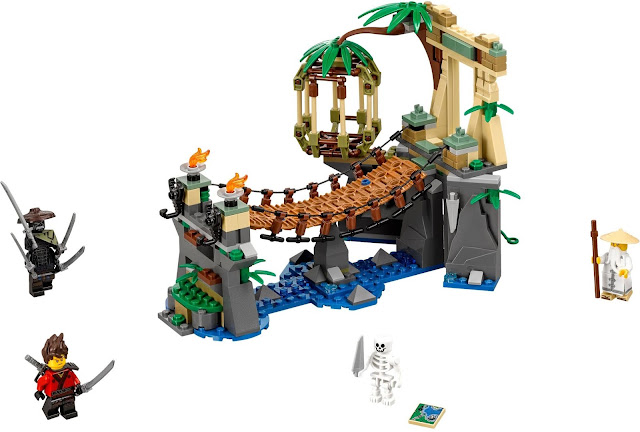 Aira & the Song of the Wind Dragon has a nice sky palace and an elemental dragon. Many of this year's Elves sets feature elemental animals that are probably too cute for most games, but this one is a good fit for almost any play group.

Aragog's Lair has a lot of nice things for a game, including terrain, giant spider, and useful minifigs and accessories.

Temple of Resurrection: When you make entire locations out of Lego, instead of just putting dungeon dressing on a grid, it starts to get more expensive. But it can be worth it for the grand showdowns or boss battles. This set is a throne room and dungeon combo that has a lot of potential. If you are getting one of the larger sets, get his one.

Sanctum Sanctorum Showdown is another option for the larger adventure site. The brownstone house fits quite well in a medieval fantasy world with minor adjustments, and you get a lot of interesting accessories as well as a  bigfig that will serve well as a troll or ogre. 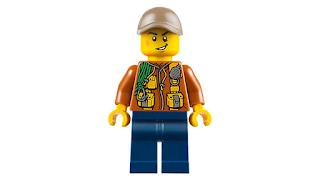 People have differing opinions on using 'modern' looking minis. I think the torso piece with ropes, carabiner, and tool pouches is perfect for a dungeon-delving adventuring rogue in a world with magic items and masterwork exotic tools. I also think that a scientist with lab coat full of test tubes makes a good NPC. If you and your playgroup agree, then this set is a great value. If not, then you are paying $10 for an alligator, a small terrain piece, and a boat that needs a bit of work to look old-fashioned.

Lance's Hover Jouster is the least-techy of this year's Nexo Knights sets. It has interesting accessories and minifigs, and can be turned into reasonable fantasy terrain or dungeon dressing with a little work and creativity.


Modular Winter Vacation. While not as useful as some previous Creator 3-in-1 sites, it lets you make a rustic hut in the snow that can be a good adventure location. The second build, with the snow monster and the outhouse, is better than the main build.

Still Recommended and in Stores

Most of what I recommended last year has already been retired, in some cases doubling in price on the secondary market.